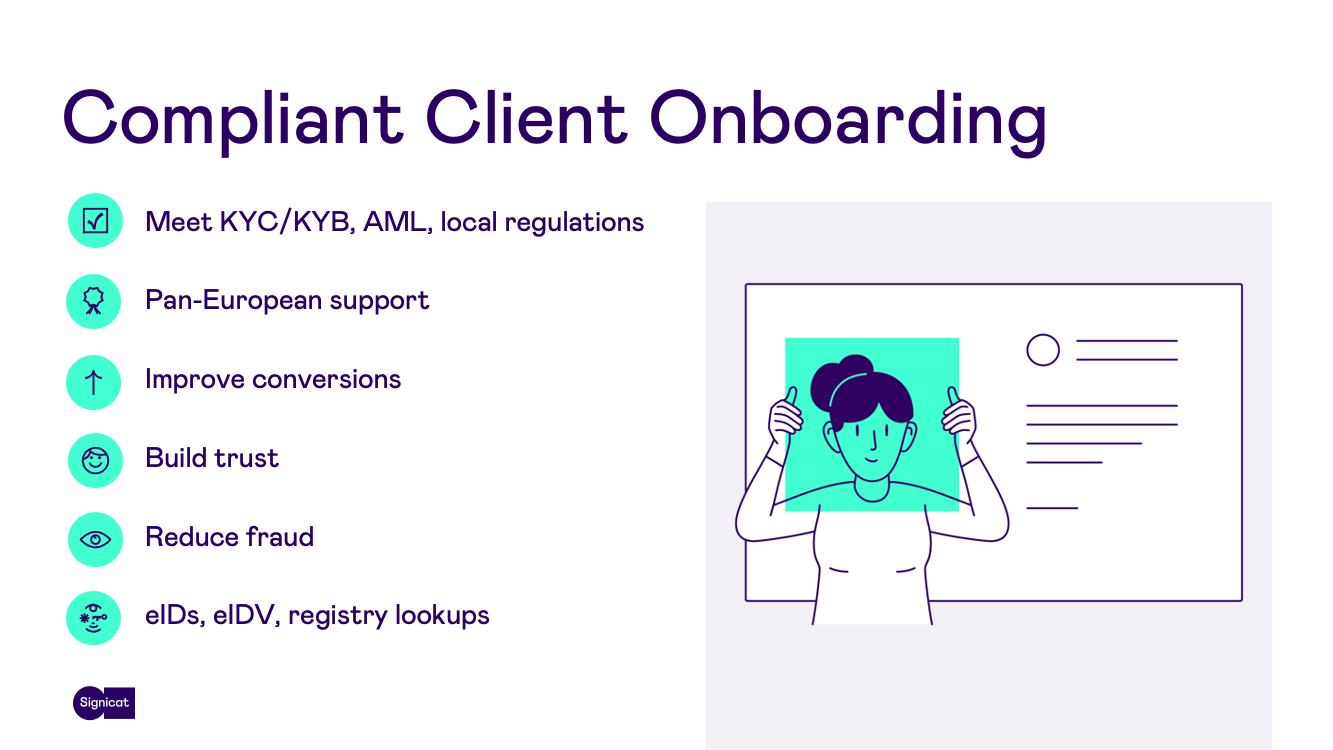 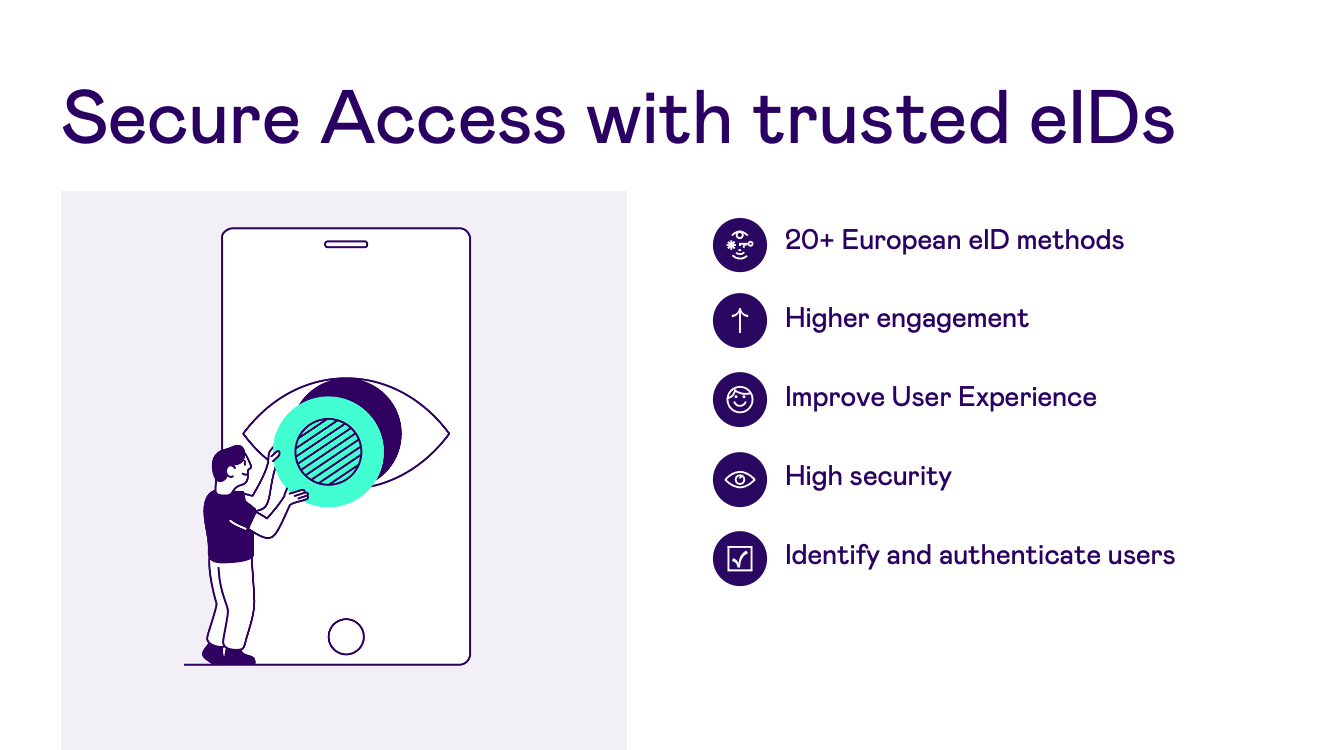 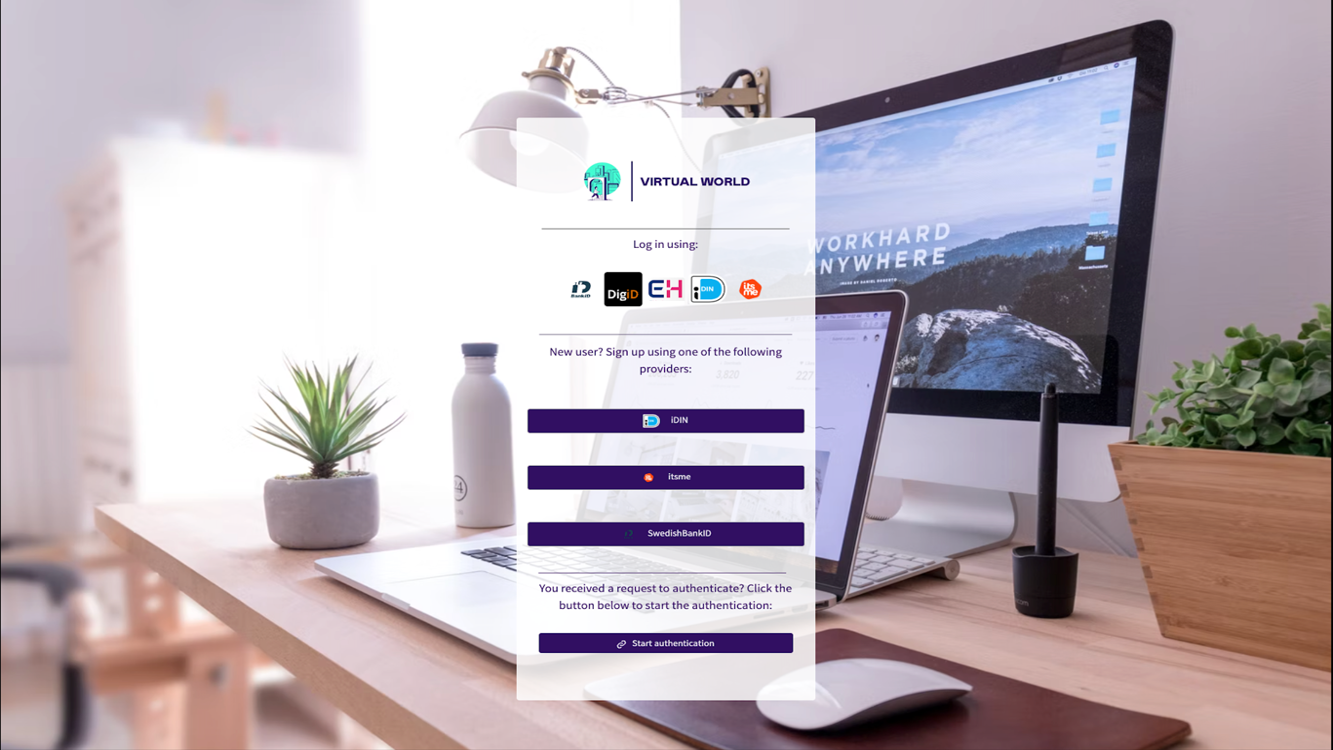 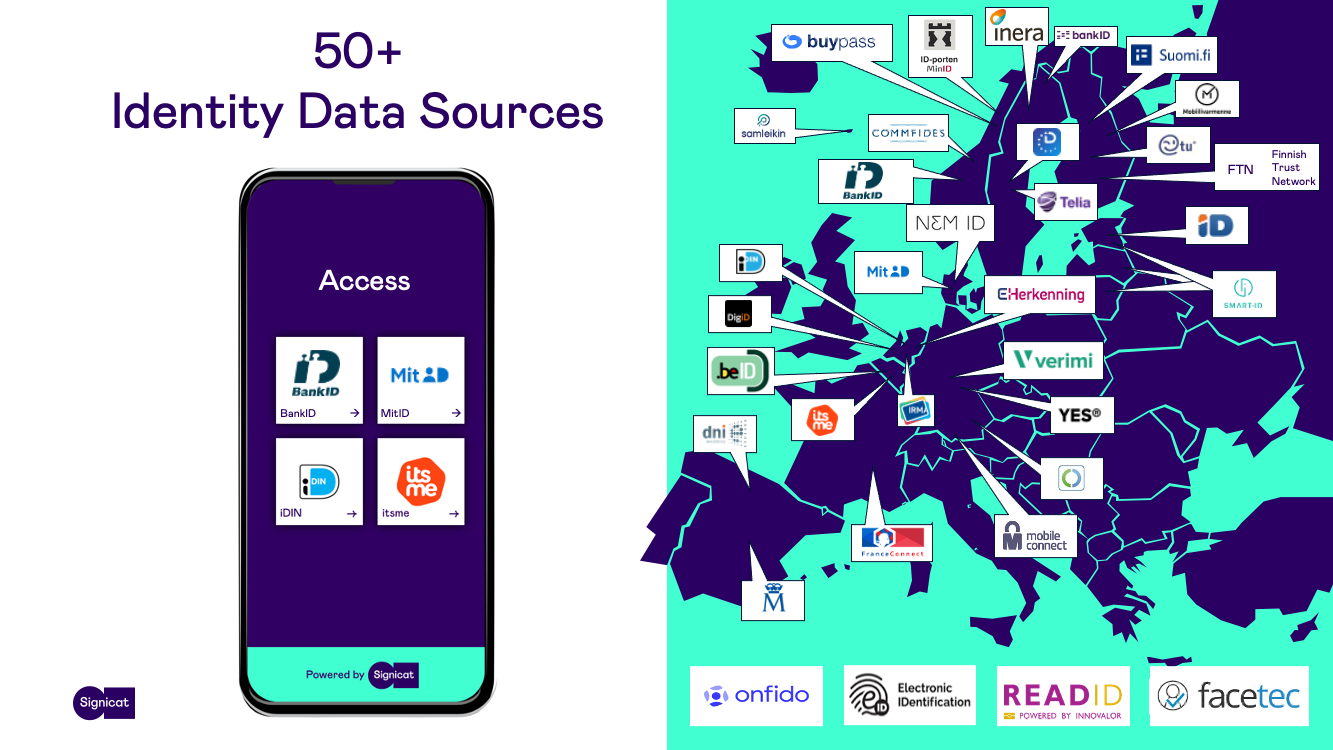 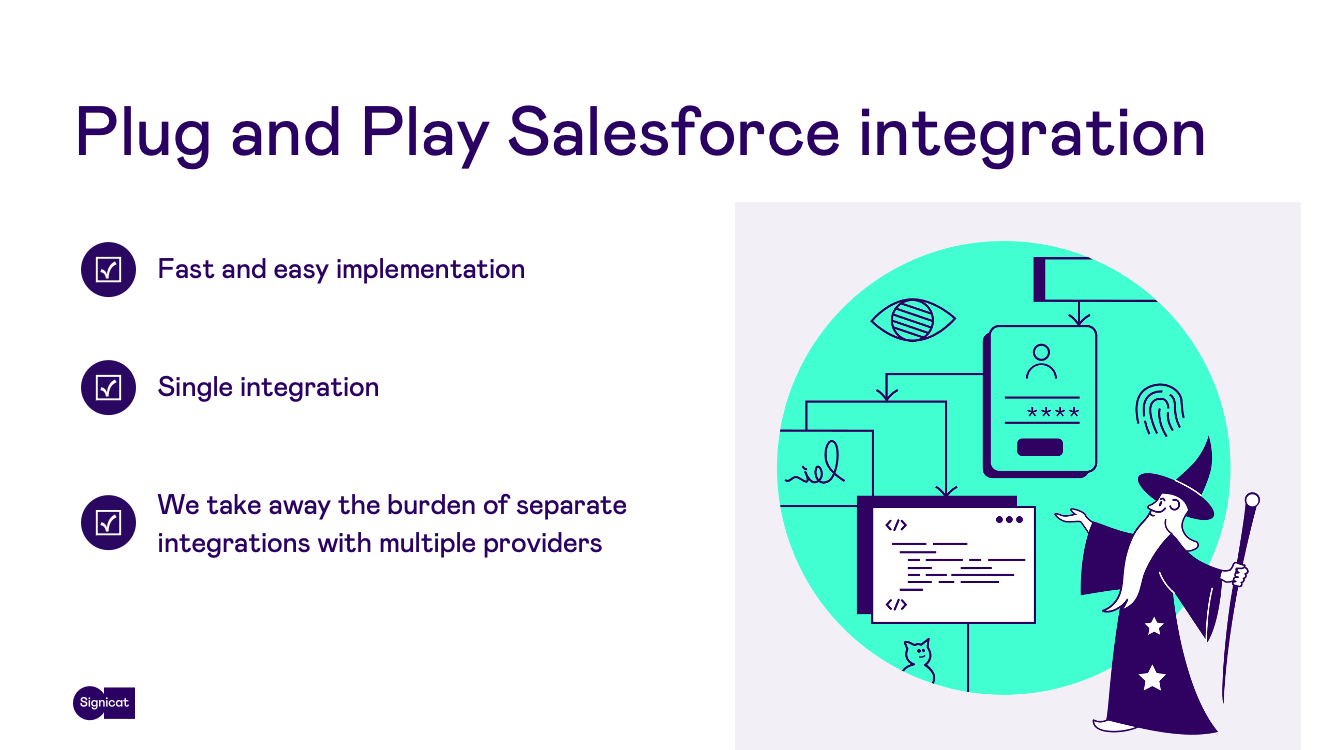 Signicat enables organizations to identify their users with trusted digital identity methods. Be confident about who uses your services without compromising the user experience. Comply with regulations such as AML-KYC/KYB and eIDAS.

Trailblazer.me is one account for all your Salesforce destinations, such as AppExchange, Trailhead, and Trailblazer Community. Sign in with your Salesforce credentials, email address, or favorite social account.

By submitting this request, you agree to share your information with Salesforce and the provider of this listing, Appsolutely / Penfield Digital. Listing: Signicat - Identity Solutions
Salesforce Terms and Conditions

Install in a Trial

Try this package in a free org that includes sample data.

You can install this package from the provider's website.

Install in a Trial

Try this package in a free org that includes sample data.

Install in a Sandbox

Test this package in a copy of a production org.

After you start your free trial of Salesforce, come back to AppExchange and install the package.
Start Free Trial

Check Connected Accounts on Trailblazer.me and Verify Your Permissions