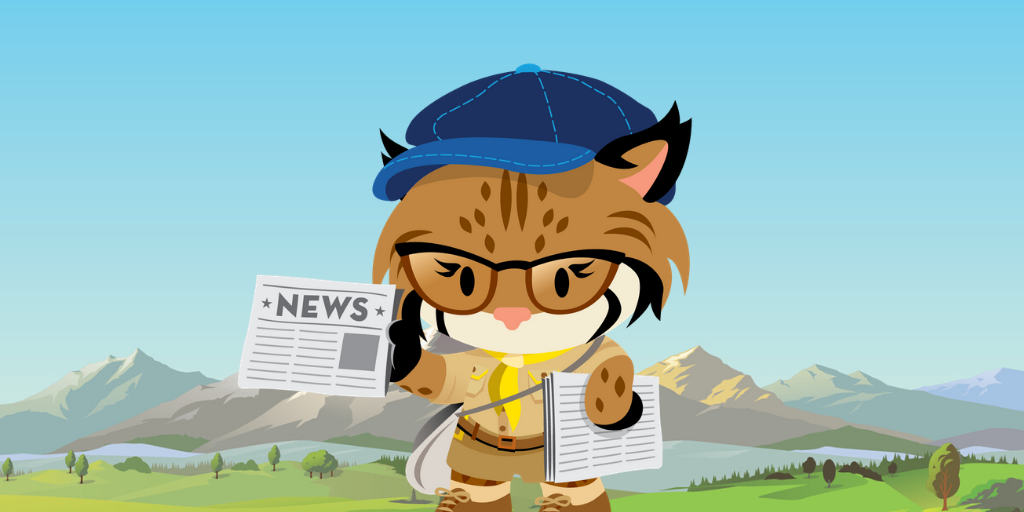 This Nonprofit Uses Technology To Improve Families’ Lives — Here are the Apps That Make it Possible
Nonprofit Zero to Three (ZTT) is using Salesforce to support its work with families after the technology became especially critical during the pandemic. They continue to ensure children are prioritized with the help of AppExchange solutions. Their CTO recently discussed the tools and apps that help support childhood professionals, care for families in need, and how ZTT uses the Salesforce ecosystem to support its business processes.
Read the story on the 360Blog >>

20 Leadership Lessons Learned From 20 Years at Salesforce
What are some of the most impactful questions a leader can ask? Senior Vice President Mike Wolff shares his thoughts on collaboration and success after reaching his 20th Salesforce anniversary. To celebrate, he shared 20 leadership lessons that he’s learned over the last two decades. Read them all to see how he leads and inspires his team.
Read the story on the 360Blog >>

How Advice from Steve Jobs Inspired the AppExchange
Back in the early 2000s, the advice of former Apple CEO Steve Jobs inspired the birth of the AppExchange, the Salesforce apps and services store. When some think of an “App Store,” they might think of Apple. But Salesforce CEO Marc Benioff was the original owner of the “App Store” trademark. Read more about how a conversation between the two eventually led to the 2006 launch of AppExchange.
Read the story on the 360Blog >>

An App-Filled Cookbook To Stay Inspired in the Kitchen
If you’re over the plastic smell from the macaroni and cheese box and looking for some tasty inspiration, try cooking with Appy! Get inspired with a cookbook where every original recipe was submitted by a Trailblazer who’s as passionate about food as they are about AppExchange apps. This Trailblazer-inspired cookbook is also complete with customers’ favorite apps. Here’s a closer look at the recipes and apps.
Read the story on the 360Blog >>

After 2 Decades at Startups, These Entrepreneurs Are Aiming for a Billion-Dollar Business
When entrepreneurs Kraig Swensrud and Sean Whiteley set out to solve when they founded Qualified in 2018, they sought to answer tough questions for their clients. Now the dynamic duo has grown Qualified,  a pipeline generation platform, into a rapidly expanding business. Their next goal? To check off “build a billion-dollar business” from their bucket list and transform the way companies generate pipelines.
Read the story on the 360Blog >>

Check out our resources and our blog for the latest content.